Volkswagen systematically pushed ahead with its strategic realignment in China in 2017 and launched its SUV initiative. A new joint venture for e-mobility was initiated together with the manufacturer JAC.

The Volkswagen Group is shaping the path to tomorrow’s world of mobility in China, a key sales market: in presenting the concept vehicles Audi e-tron Sportback, ŠKODA VISION E and Volkswagen I.D. CROZZ at the Shanghai Auto Show, we underscored our ambitious goals for e-mobility and pushed ahead with our strategic realignment. The e-mobility strategy tailored to the Chinese market plans to gradually introduce approximately 40 new, locally produced plug-in hybrids and electric vehicles through our joint ventures in addition to existing and new import models.

Our fully automated concept car, the Sedric, presented in China in the reporting year, gives an insight into the mobility of the future, which is also a focus area at the Future Center Asia.

The Volkswagen Group also launched its SUV initiative in the 2017 fiscal year and introduced exciting models to the market: the Teramont, Tiguan L, ŠKODA Kodiaq and Audi Q7 e-tron.

Volkswagen agreed on a new joint venture for e-mobility in China with the Chinese car manufacturer Anhui Jianghuai Automobile (JAC) in 2017. The two partners each have a 50% interest in the new company, which plans to develop, produce and sell electric vehicles. The agreement includes the construction of a further factory and a research and development center for this purpose. The partnership also comprises the development and production of components for New Energy Vehicles (NEV) as well as the enhancement of vehicle connectivity and automotive services.

In future, we plan to export vehicles produced in China with our joint venture companies SAIC VOLKSWAGEN and FAW-Volkswagen. Under the agreement concluded, models that have already proven their popularity and quality in China will also be offered in other markets. This will supplement our model range, initially for customers in the Philippines and later in other countries of Southeast Asia.

We currently manufacture vehicles and components at 20 sites in China. Together with our joint venture partner, FAW, we are starting the production of environmentally friendly models at two new vehicle plants in Qingdao and Tianjin on the east coast of China in 2018.

Our two joint ventures SAIC VOLKSWAGEN and FAW-Volkswagen produced a total of 4.0 million vehicles in fiscal year 2017. This was 3.7% more than in the previous year. The joint ventures produce both established Group models and those specially modified for Chinese customers (e.g. with lengthened wheelbases), as well as vehicles developed exclusively for the Chinese market (such as the Volkswagen Lamando, Lavida, New Bora, New Jetta, New Santana and Teramont). Among other vehicles, the ŠKODA Kodiaq, Octavia Combi and Karoq and the upgraded Golf and Audi A3 entered production in the reporting year.

The proportionate operating profit of the joint ventures in 2017 was €4.7 billion. The negative impact of more intense competition and adverse exchange rate effects was offset by the improvements in the mix, higher volumes and product cost optimization.

The figures of the Chinese joint venture companies are not included in the operating profit of the Group as they are accounted for using the equity method. Their profits are included solely in the Group’s financial result on a proportionate basis. 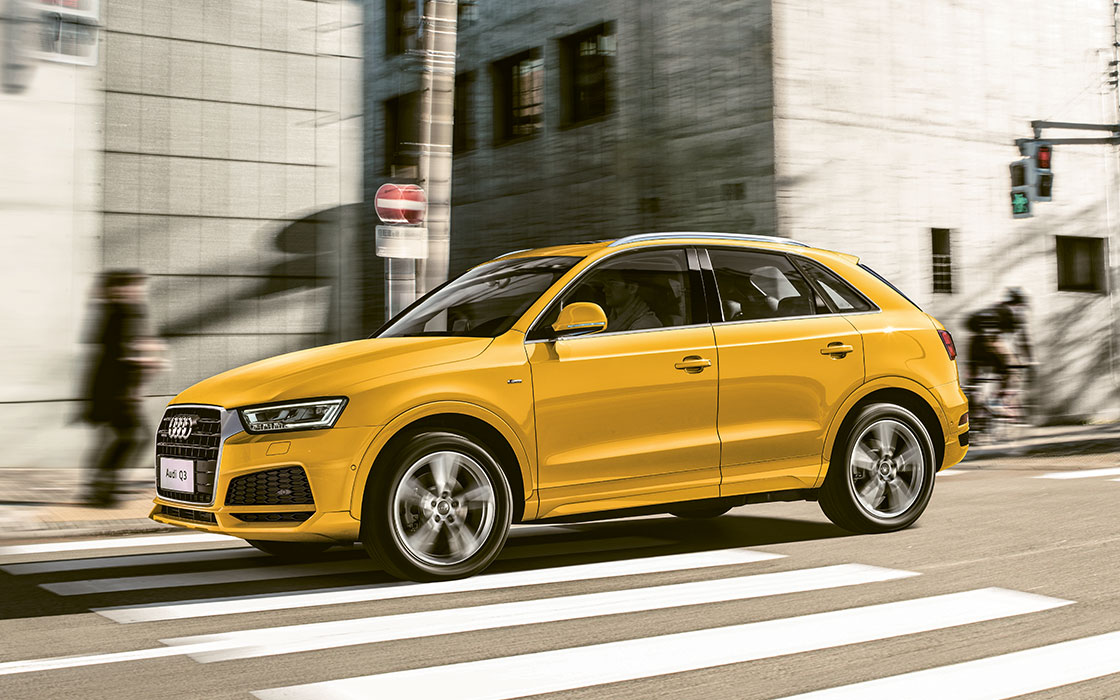